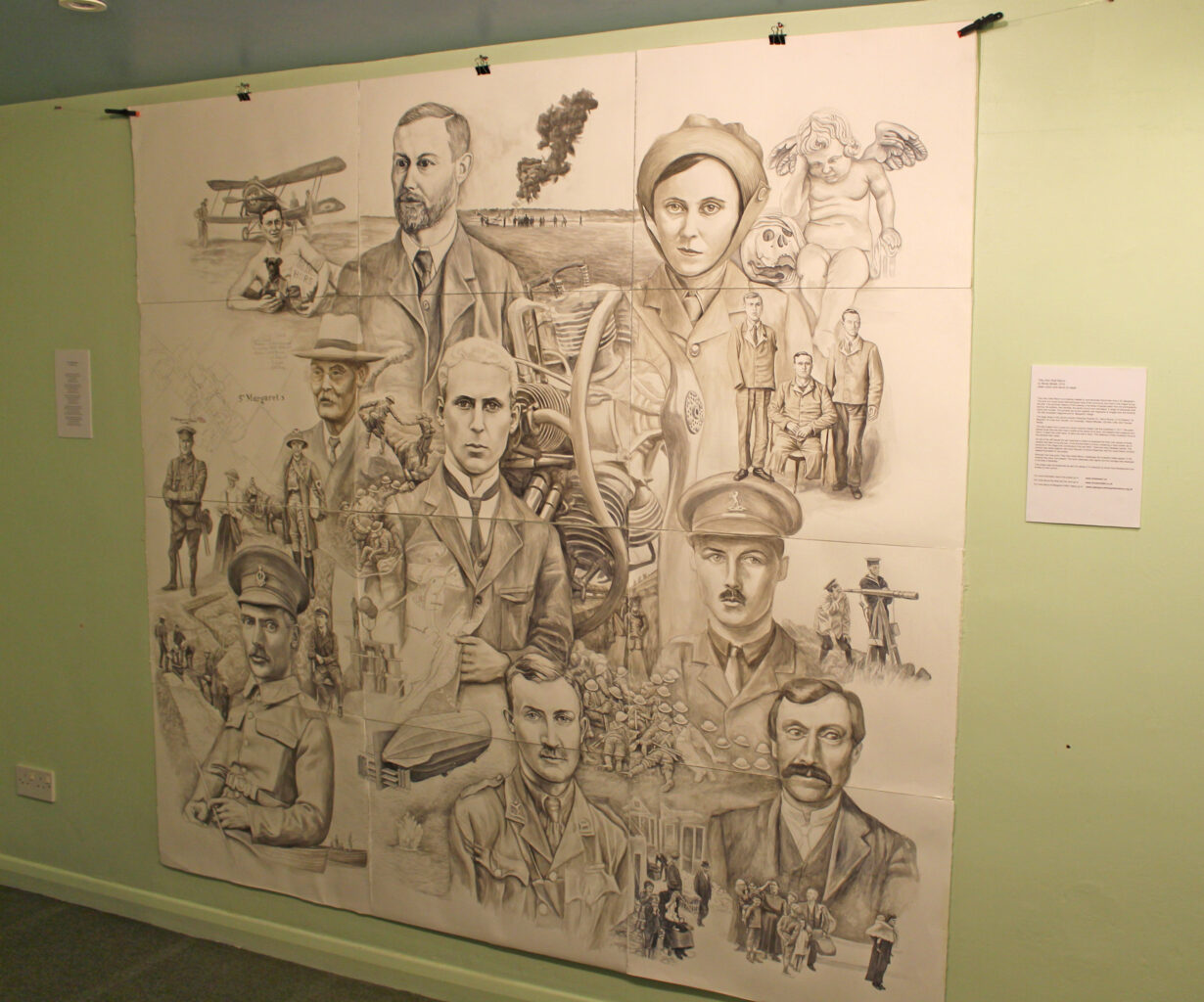 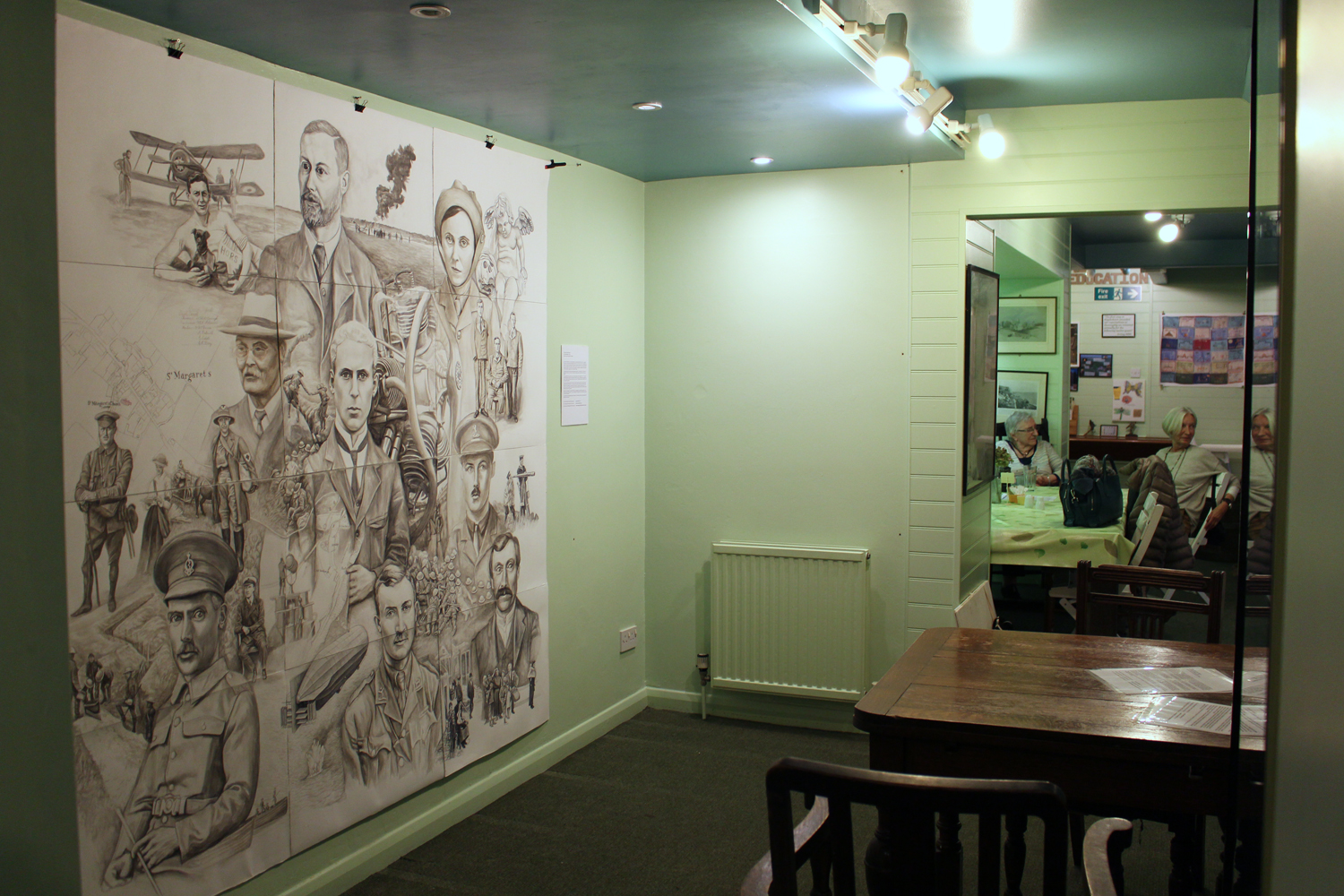 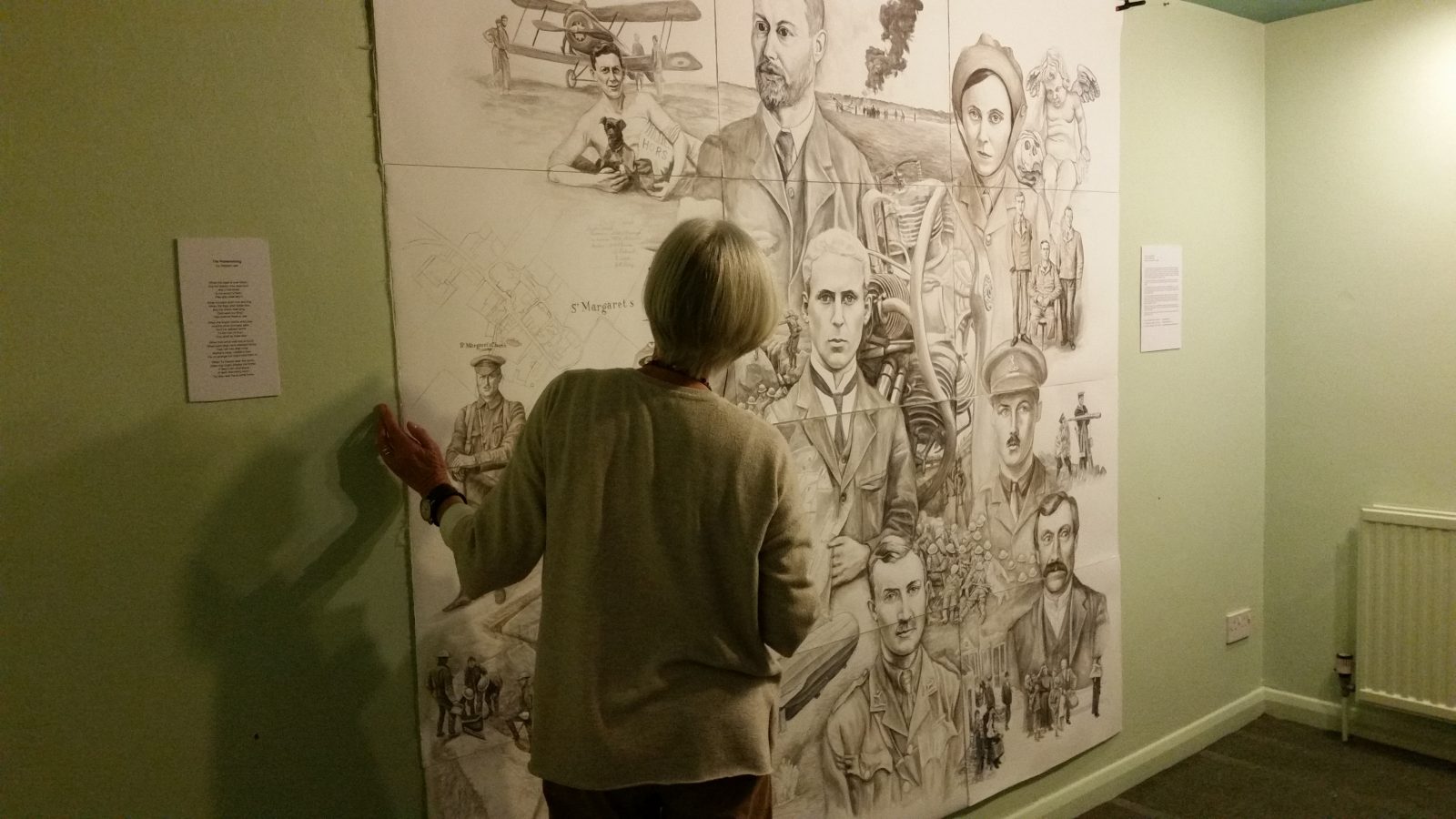 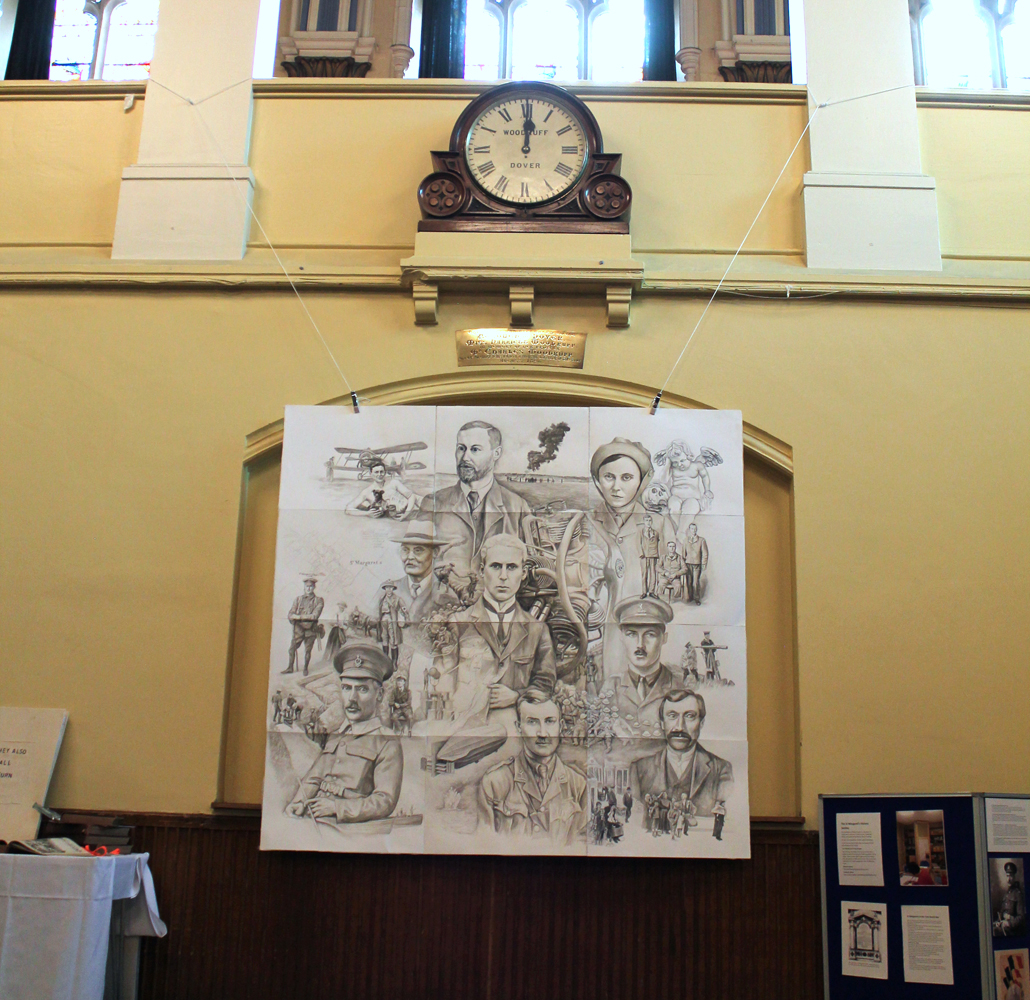 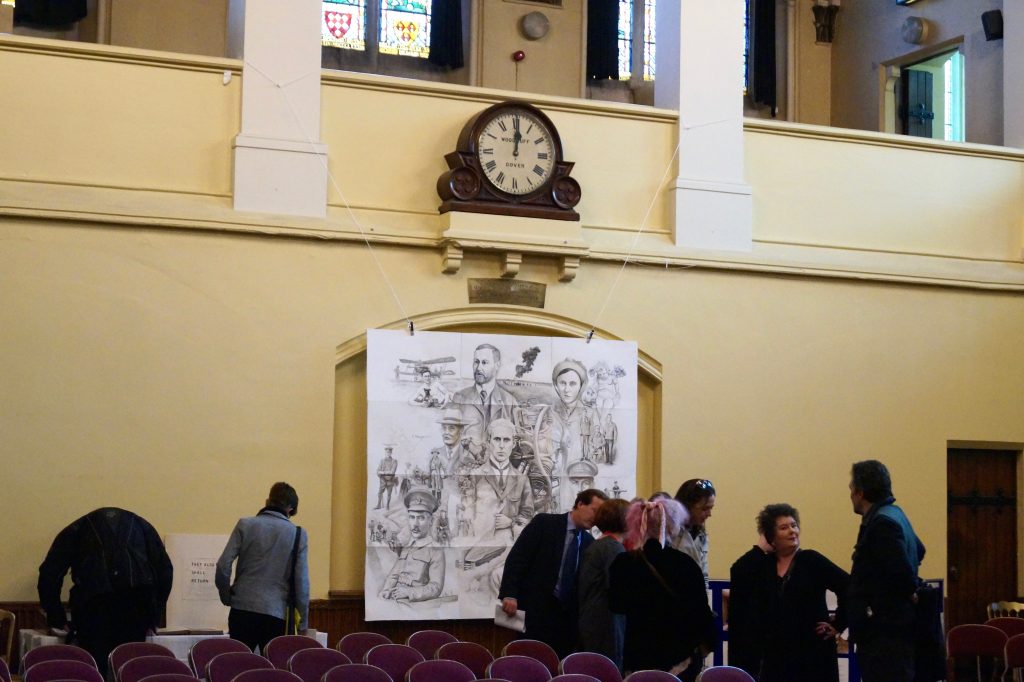 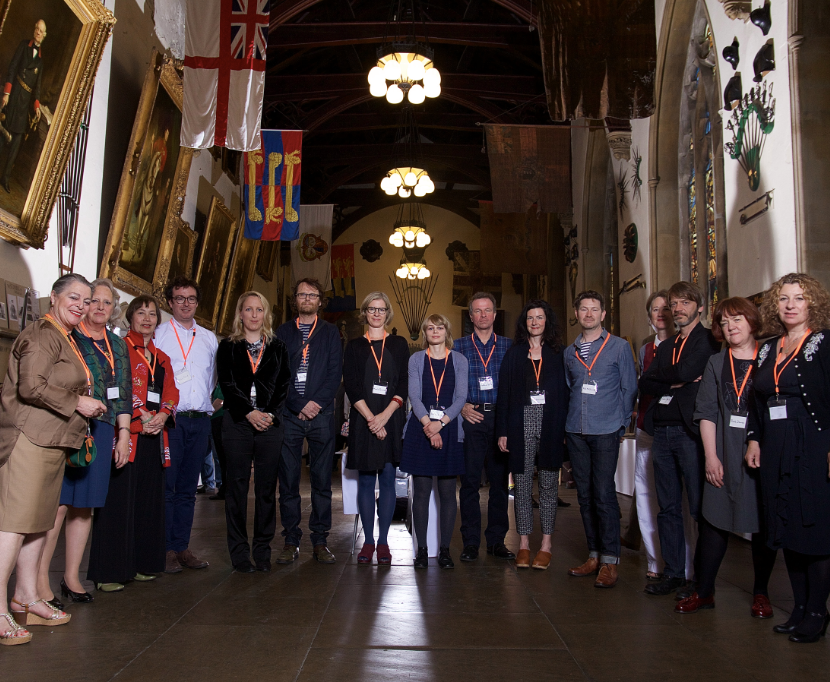 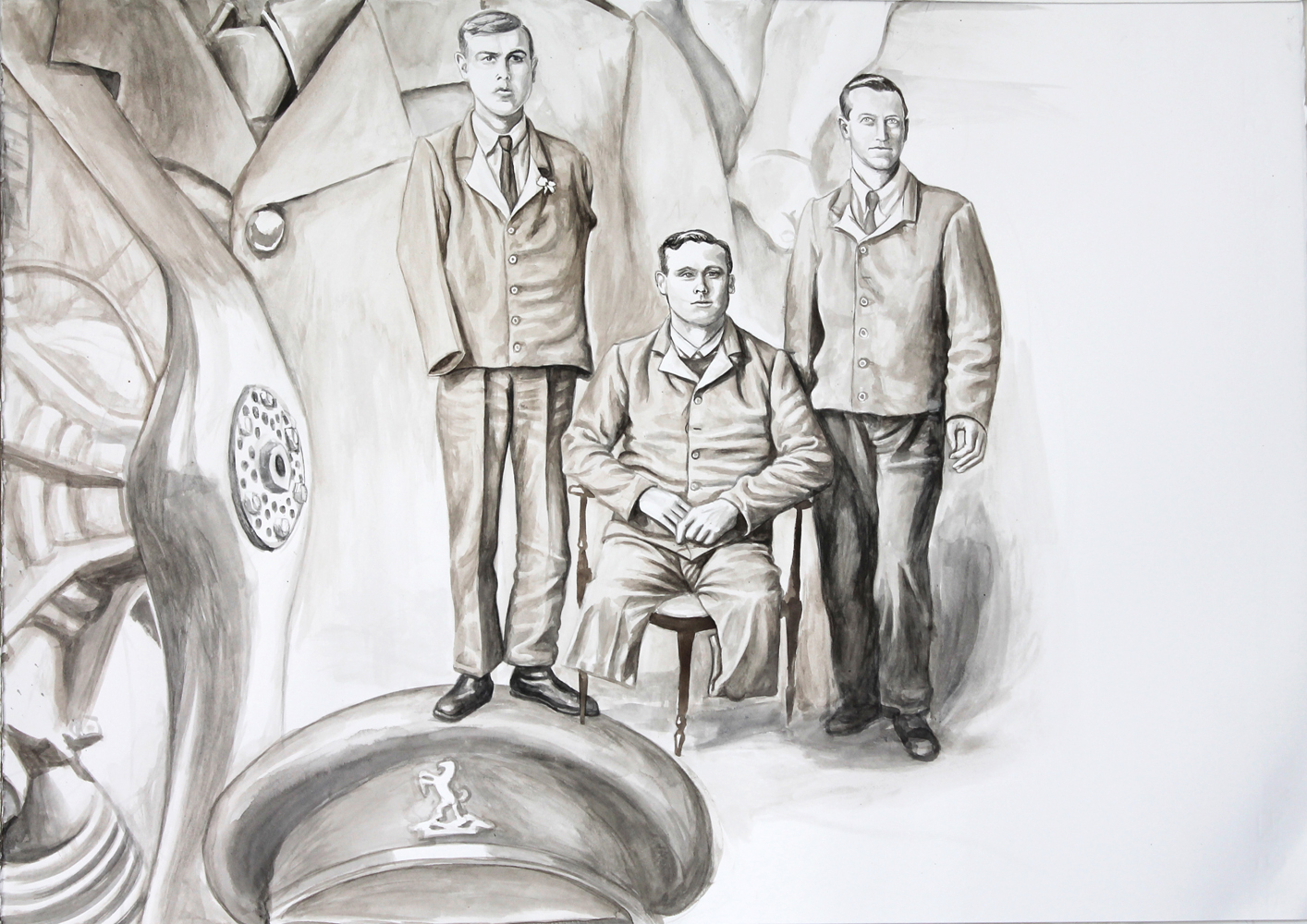 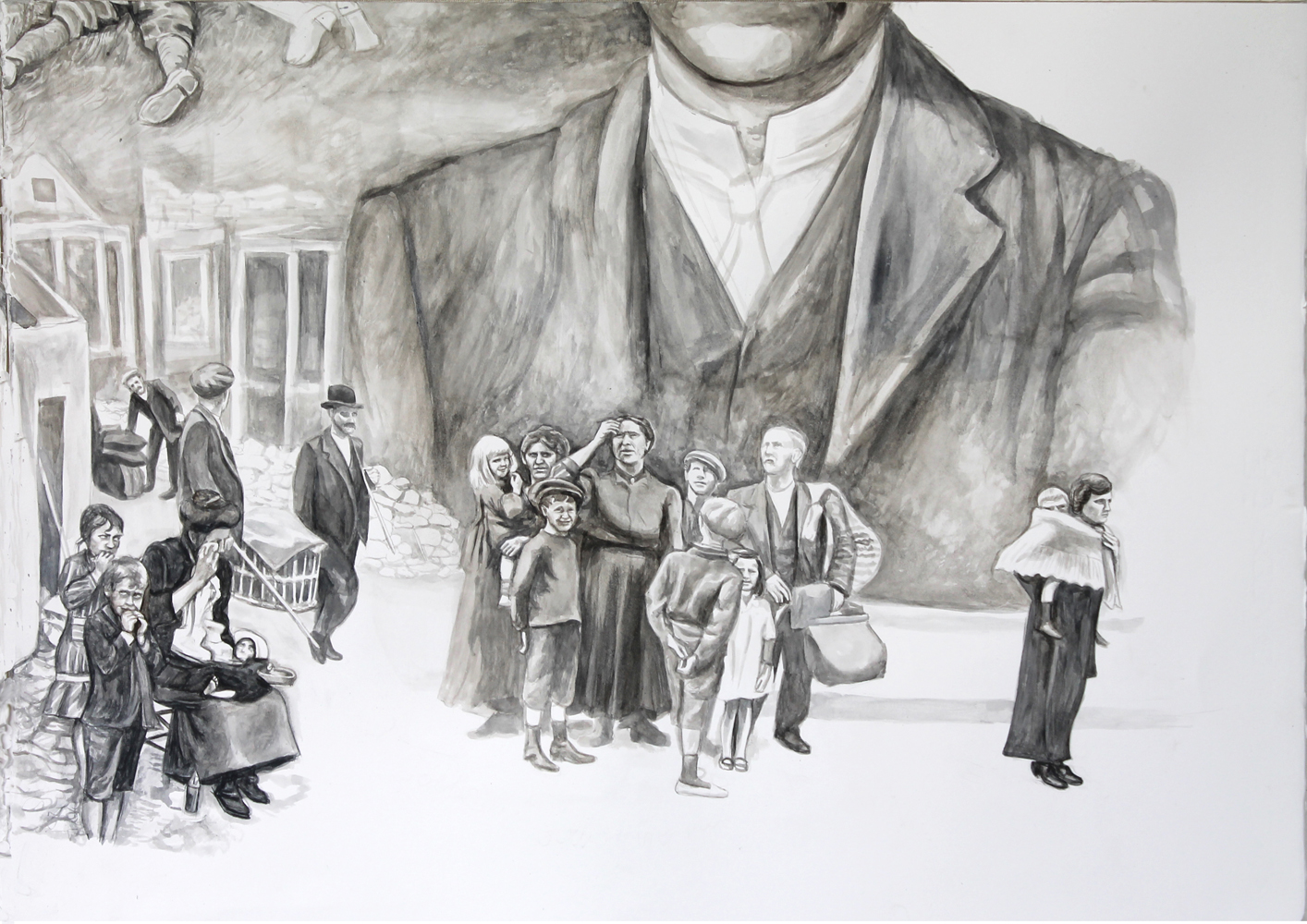 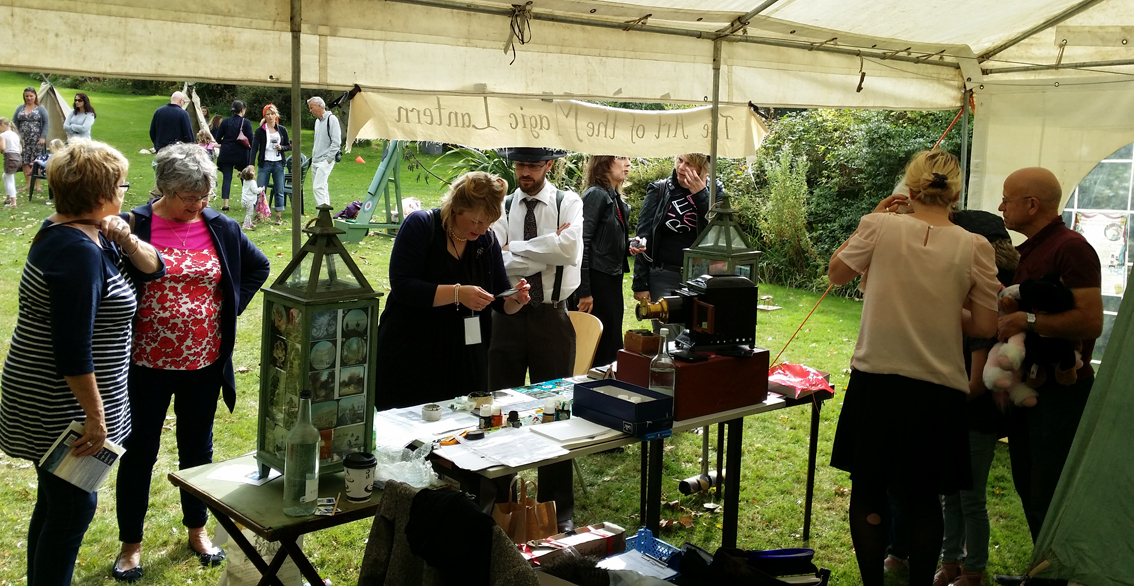 water colour and pencil on paper

They Also Shall Return is a drawing created to commemorate World War One in St. Margarets. The work is a visual social anthropological map of the community who lived in the village during the War. The prominent feature of the drawing is the faces of people taken from the photographic archive; the soldiers, their families, the parish council and volunteers. A range of individuals both heroic and humble. The portraits are woven together with fragments of images from the frontline, The War illustrated magazine and St. Margarets Village.

The title is taken from a poem by Lance Corporal Joseph Lee first published in 1917. The poem places those that lost their lives in battle at the centre of its story, and asserts their presence and return ‘A dead man shall stand, at each live man’s hand’. This defiance of their invisibility honours the sacrifice they made.

On top of the cliff stands the national Dover Patrol Memorial for WW1 and WW2 seaman who kept the Channel open in both wars, on which is engraved the thirty one names of those soldiers that died during WW1. In the archive there is a book containing a hand written list of everyone in the village who contributed to the first world war effort. There are many faceless names. The artwork was made together with local historian Christine Waterman and the St Margarets History Society researching ideas for the project.

Although now long gone ‘They Also Shall Return’ challenges the invisibility these people. In the drawing them alive, and present. The work celebrates their dignity and the courage they displayed in the face of adversity.

This project was commissioned as part of a series of 12 artworks by Dover Arts Development and funded by Arts Council England and Kent County Council. The work was first displayed as part of a DAD event ‘Inspiration+ Dover’  on 20th May 2016 at The Masion Dieu, in Dover town centre. The work is now on public display in St. Margarets Museum.

For more information about the project go to artistsww1.uk.