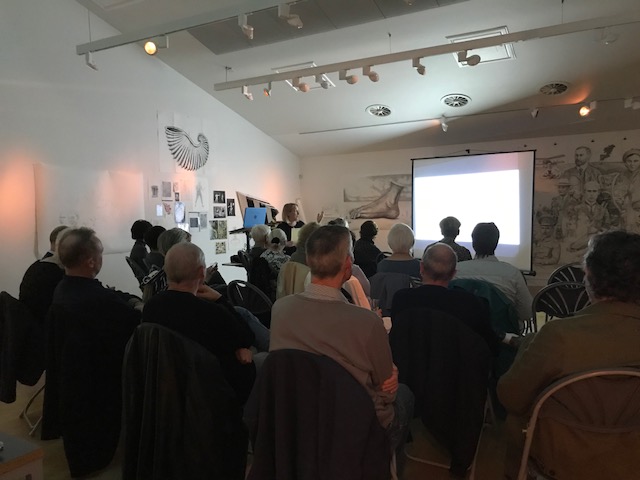 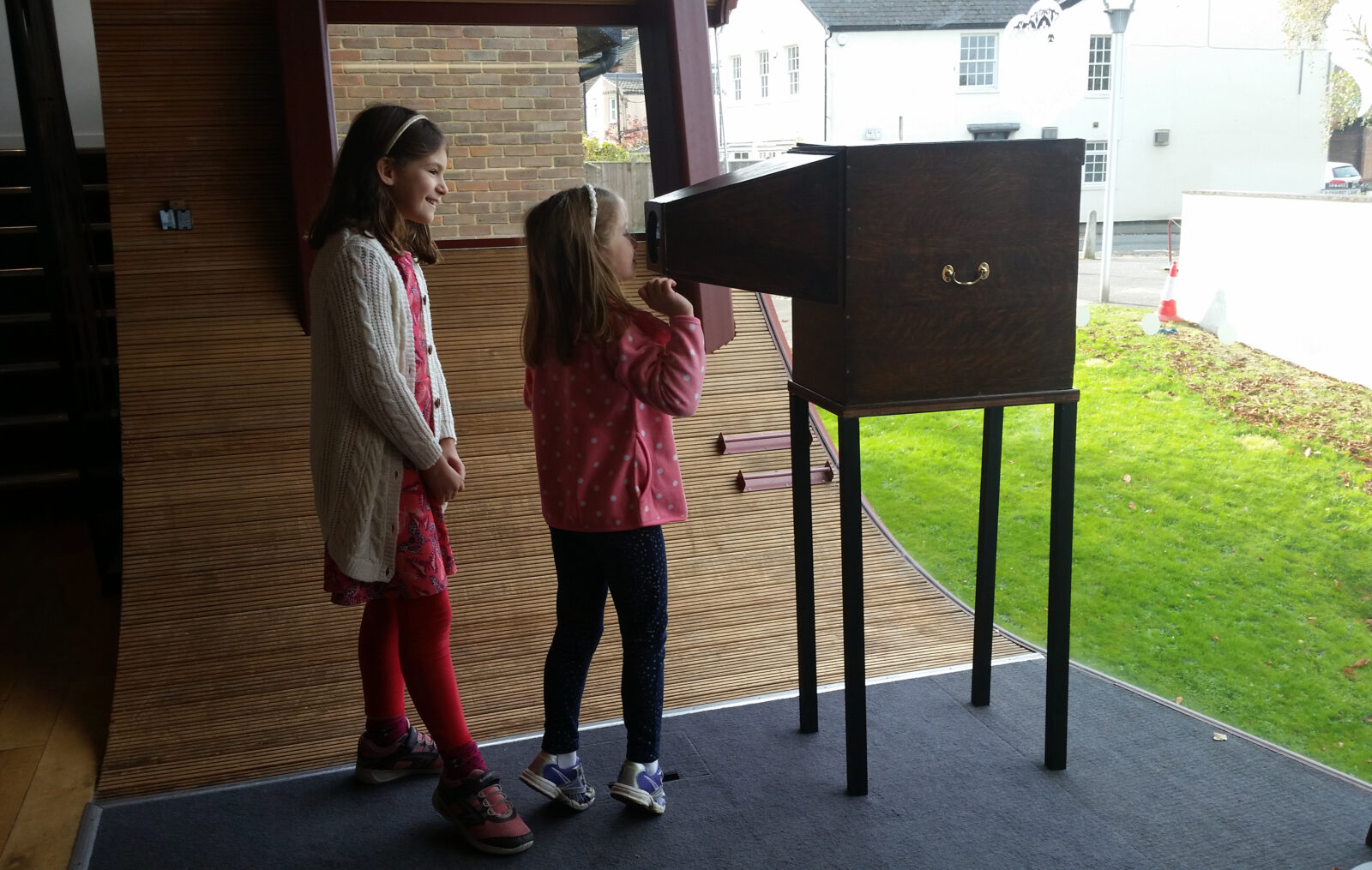 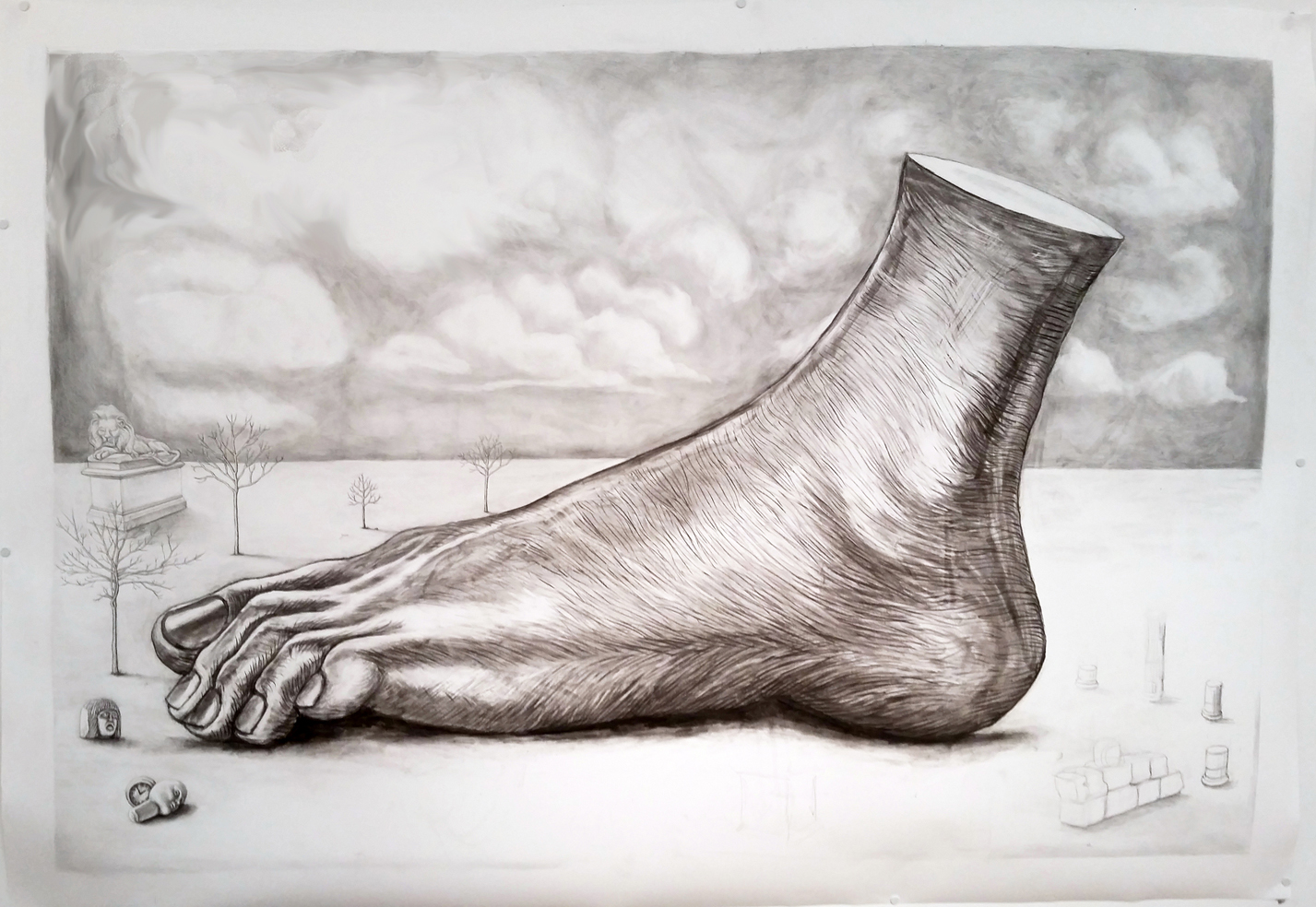 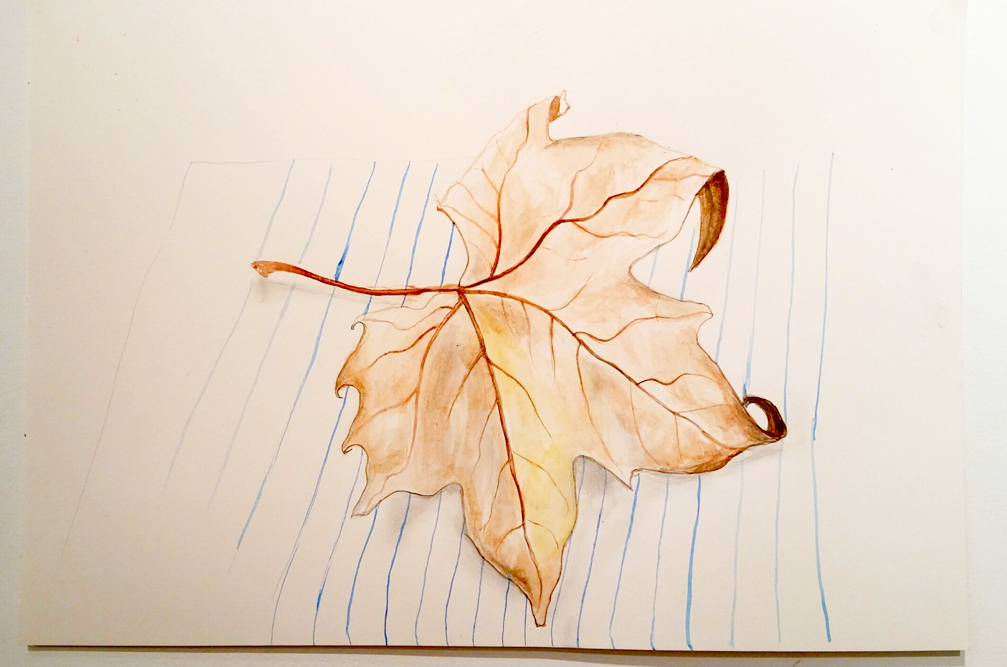 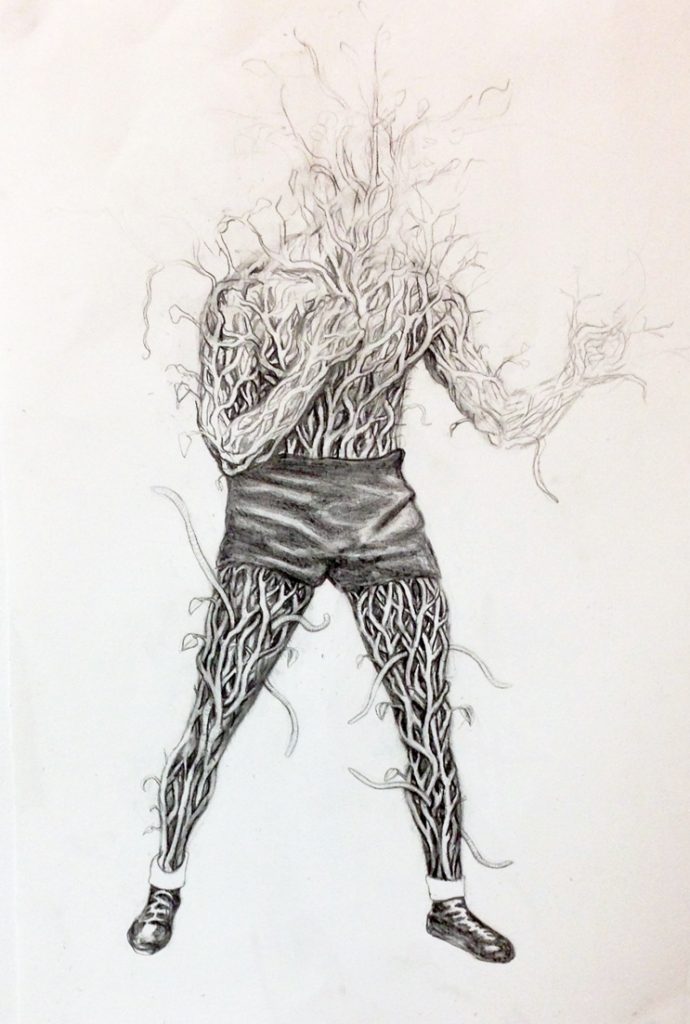 Drawing is a Language,

During October 2017 artist Nicole Mollett was in residence in the Kaleidoscope Gallery, using the  gallery space as her studio during the week.  Nicole explored the idea of drawing as a language, using visual images to tell stories and make connections.

Inside the public library there were two sculptures on display; A Frail Happiness and Darkness Visible are a pair of dioramas inside boxes, made just before the 2017 election. This work was inspired by Gainsborough’s Showbox which is on display at the V&A museum. The viewer is invited to peer into a miniature worlds containing hand-painted scenes, suggesting the parallel existences of heaven and hell.

The Sevenoaks museum collection contains a series of magic lantern slides painted in the 17th century by local artist William Knight. These glass slide were projected onto the walls of a darkened room to conjure up fantasies of beasts and exotic lands. Mollett also paints her own magic lantern slides, and works collaboratively with artist Frog Morris to repurpose these Victorian theatrical devices to perform contemporary tales.

As part of the Big Draw Campaign there was a special slide making half term workshop. Participants explored a number of techniques to produce their own images, and then see them projected alongside the original slides.